15 August, 2021 / Mind Music Defi Project is launching its Music Label to Extend its Mental Health Awareness Program With a Revamped Tokenomics. The noble defi project that aims to help raise awareness around mental health through music is launching its own record label. Earlier the project aimed to release a set of covers for nearly 25 songs that will be released under the company’s music label.

Among hundreds of new crypto projects debuting every other day with no real use case and false promises of making traders rich in a short time, Mind Music token is a new Smart Chain based project dedicated to bringing awareness around mental health issues. The project was started by music composer and producer Mike Hamilton who himself lost jobs and gigs during the pandemic leading to mental trauma. Hamilton decided to work on his issues and focus on making his music more than arranging music tours for others. He realized it was not just him who had lost his job and was doing badly due to the coronavirus restrictions and thus decided to raise awareness around the issue through music.

Mind Music harnesses the power of music to capture the imagination of the world. Millions of people suffer every day with poor mental health. Mind Music intends to collaborate with major worldwide artists to raise awareness on a global scale. Through the album releases, Mind Music will #breakthestigma, and bring people together for an incredibly important, long overdue conversation. Join us and be part of a musical revolution!

Music therapy has been known to have many therapeutic applications in several mental health and health conditions such as traumatic brain injury. dementia, Alzheimer's, etc., Mind Music harnesses the power of music to capture the imagination of the world. Millions of people suffer every day with poor mental health. Mind Music intends to collaborate with major worldwide artists to raise awareness on a global scale. Through the album releases, Mind Music will bring people together for an incredibly important, long overdue conversation. Join the ecosystem and be part of a musical revolution. Mind Music will ultimately become its independent record label, releasing a series of albums to raise money and awareness for Mental Health. So far, the first project has a total of 12 tracks that have already been recorded.
As a Mind Music Coin investor, users will benefit in several different ways. Aside from the obvious benefits that users will contribute to Mental Health Awareness, the investment will also benefit from many different income streams.
While 80% of the profits generated from record sales will be donated to mental health and suicide prevention charities, 20% of the profits from any record sales will be used to buy and burn Mind Music Coint and even further increase its value for holders. As the Mind Music record label grows, so will the investors' wealth.
1% of every transaction is redistributed to holders depending on the percentage of coins they hold. This means the amount of Mind Music Coin one holds will constantly increase.

The project has a transaction tax of 4% on each Mind Music Coin transaction. It will use the money collected from this tax to further the project development. It will cost around $40,000 to Record, Release, and sufficiently promote the first album release. 80% of the profits raised from the record sales of every release will be donated to mental health and suicide prevention charities, while the remaining 20% will be used to Buy & Burn Mind Music Coin and increase its value for increasing its holders. 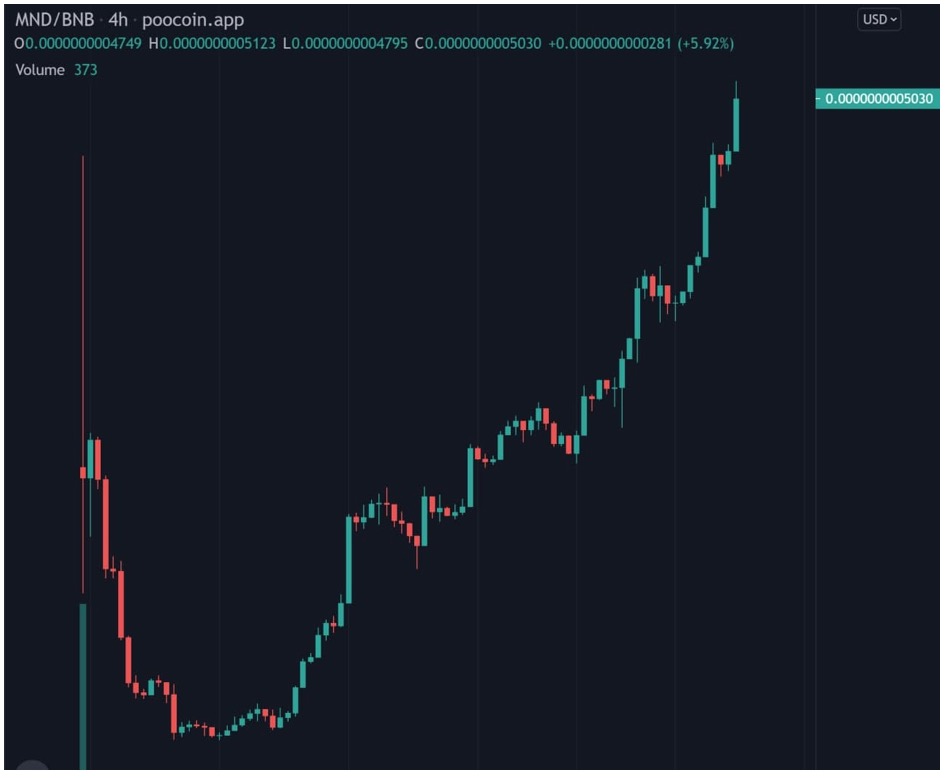 The native token has skyrocketed because of the rising interest and noble cause that it is associated with. Investors have found a new low cap gem in MindMusic that can give huge potential return as more people discover it.

Additionally (and covid permitting), a series of fundraising Live music events will be planned in various locations around Europe in 2022. All wallets that hold a minimum of 100b Mind Music Coin will be airdropped a free ticket to attend any of the events they choose.

Mind Music is planning to build a crypto ecosystem based on a Noble cause that can see it not only help those suffering from mental trauma, it would also benefit investors through its unique tokenomics.