News / Blockchain
The BurstIQ LifeGraph® Network empowers CCH to realize more value from their data so they can achieve their strategic goals and build smart solutions to combat homelessness in Colorado. The Network validates and combines all CCH data into a single source of truth and deploys intelligence for advanced analysis such as predictive analytics. This heightened level of insight will empower CCH to deliver more personalized services to the homeless population they serve.
25-02-2022, 11:55

News / Blockchain
allrites, the online marketplace for creative content buyers and sellers, is happy to introduce ritestream to its offering in the entertainment industry. The launch of ritestream marks the beginning of a revolution in content creation, monetization and distribution. It was developed with the core aim of democratizing the creator economy at the heart of the film and television industry.
23-02-2022, 10:48

Magic Craft Aims to Continue its Domination With New Listings, NFT Marketplace and an Eventful Roadmap

News / NFT
Magic Craft intends to give an innovative turn-based war universe as one of the forthcoming MMORPG games in the blockchain gaming world. Players can earn in-game tokens, acquire awards, and stake them by playing in either the PvE or PvP modes. ‘Castle Sieges’ is the focus of the game. Clans go to the battlefield every week, killing each other, stealing loot, conquering castles, and claiming the title of King. Top global gaming studios are working on the game, and the team hopes to deploy a fully integrated NFT Marketplace by the first quarter of 2022. By the second quarter of 2022, an alpha version of the game with PvE and PvP play-2-earn systems will be available. The spoils of war are awarded in the form of MCRT to the winners.
21-02-2022, 14:39

News / NFT
WoC offers a new way to earn back players ROI at a sustained rate rather than one that fluctuates based on a number of variables. It is expected that this economy combined with the token distribution schedule will allow investors to be able to predict the average rate of income for their purchase over its lifetime. World of Cryptoids (WOC) has recently launched one of the world’s sustainable play-to-earn (sP2E) games built on blockchain technology. This game was made possible through a combination of blockchain technology and a team with a strong background in both cryptocurrency and mainstream mobile gaming applications.
20-02-2022, 18:00

News / Blockchain
The digital currency and decentralized finance (DeFi) industry and the companies within it may have been stonewalled by regulators in the past, but the tides are slowly turning. Russia and Hong Kong are the latest governments to propose plans to license crypto exchanges, signaling a major shift happening within the financial sector as digital currencies become a more significant factor in the global investment landscape. Changing regulations bode well for companies like INX Digital Company (NEO:INXD), Galaxy Digital (TSX:GLXY) (OTCPK:BRPHF), DeFi Technologies Inc. (NEO:DEFI) (OTCPK:DEFTF), Voyager Digital (CSE:VYGR) (OTCQX:VYGVF), and Coinbase (NASDAQ:COIN), which are launching products with regulatory approval and stringent guidelines in mind in order to avoid regulatory obstacles.
18-02-2022, 10:37

News / IEO
On March 1, 2022, bitcci, one of the first publicly traded blockchain firms, will hold a token sale on the P2PB2B platform. The sale will run until March 31, and participants will receive a 10% bonus on their token purchases as well as membership in the bitcci community. Following that, on April 1, 2022, the project will be listed on P2PB2B and other exchanges. bitcci is a Swiss-based initiative that was founded in 2017 and is now led by Founder and CEO Christopher Elbert. The platform transforms the escort industry by creating an ecosystem based on innovation, transparency, and compliance.
17-02-2022, 20:28

News / NFT
MEXC listed KStarCoin (KSC) in the Innovation Zone and open trading for KSC/USDT trading pair this month. Seoul, South Korea – KStarNFT transfers various products such as concert tickets, Idol photo cards, and CD albums that have been purchased by Hallyu fans in the traditional market to the digital world. Through FT technology, KStarLive develops and expands the value of Hallyu by improving the biggest problems in the existing Hallyu goods market such as counterfeited products and concert ticket resale.
17-02-2022, 11:16

News / Blockchain
NFTs and play-to-earn games are most interesting in the crypto space. They are unique and enhance the creativity of the users. The introduction of the metaverse will increase their demands further. Keeping in mind the growing bullish sentiment, we decided to launch our own NFT marketplace and play-to-earn gaming platform. Equipped in our Gundam Token ecosystem is an edge-of-the-seat experience waiting for you.
15-02-2022, 14:32

News / NFT
14th Feb 2022, United Kingdom – London – Fayre, the London-based NFT marketplace that recently raised $3.8 million in private funding ahead of its public token sale and platform launch, is the brainchild of Luis Carranza, a marketing and innovation strategist with vast experience. Carranza staged over 36 crypto and Fintech events in 12 cities worldwide from 2014-2019. He’s been involved in crypto since 2013. He got into NFTs in 2020 and in early 2021 got fully immersed in Web3 as Boson Protocol’s Head of Marketing.
14-02-2022, 13:45
1 2 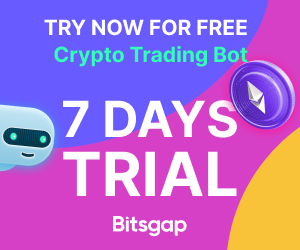