From SENSO to Nobody Sausage: what virtual humans are capable of

News provided by PRCrypto
News / NFT
Will we soon be listening to music and buying artworks designed by AI-powered avatars? Judging by the projects like Sensorium Galaxy with its SENSO token, or virtual influencers like Shudu, this is a very real possibility.

There are dozens of other avatars around, some belonging to real users, others driven by an AI. Many are chatting and flirting at the bar, manned by an AI bartender. Others are watching a dance performance or enjoying an exhibit of 3D artworks. One avatar even buys an artwork on the spot, paying for it with SENSO tokens. 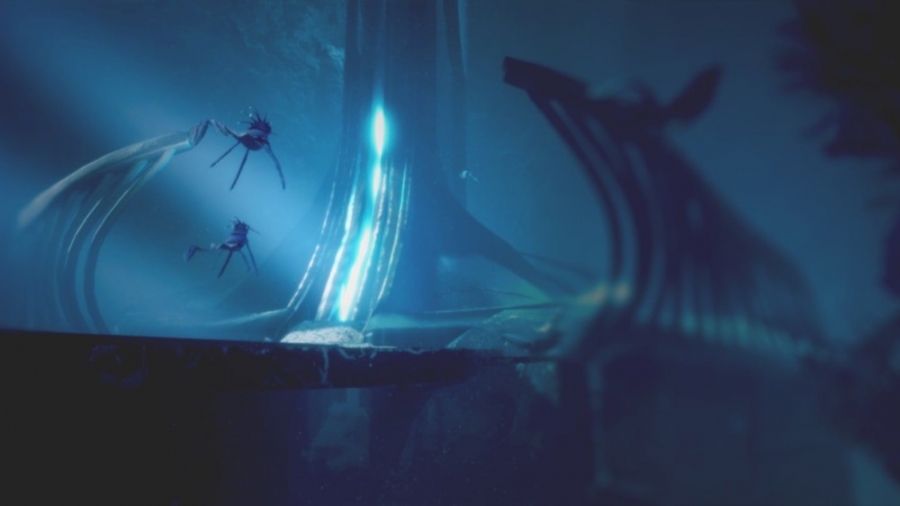 You can’t lose time in the lounge, though: you’ve got a concert to attend! David Guetta is playing in the PRISM world in half an hour, and you are happy to have snatched one of the last tickets, paying with the same SENSO tokens so you teleport there and marvel at the dramatic stage design.
The support act is an AI DJ – a digital human who composes her own music. Next, Guetta’s avatar appears on stage, looking just like the real artist, down to the smallest trademark move. You dance and cheer together with other fans – many of whom are AI-powered.

Next you head back to the Sensorium Starship to have a drink with an attractive, smart, and funny avatar, who also happens to be a popular influencer. He is a digital human, too, but behaves just like a real person. Could this date lead to something bigger?.

After an afternoon packed with experiences, you need to unwind and find some inner peace. The best way to do so is to attend a guided meditation in another of Sensorium Galaxy’s virtual worlds, MOTION. It’s been a wonderful and deeply satisfying day in the metaverse.

Throughout your time in Sensorium Galaxy, you’ve been interacting with AI avatars as often as with real users. Sometimes it’s even hard to tell the difference: these ‘meta humans’ are powered by sophisticated neural networks that learn more and more complex behavioral patterns every day.

AI avatars don’t read from a script: they come up with their own things to say. They can form opinions, develop their own communication style, and acquire real personalities, influenced by past experiences. Talking to an AI character can be a fun and novel experience, as you can see from this short sneak peek clip posted on the Sensorium Galaxy / SENSO Twitter page.

Apart from maintaining a conversation, virtual humans can do many other things: compose music, create art, dance, teach, and even influence shopping behavior. In all these things, they are just as good or even better than humans.

In the remaining part of this article, we’ll go through a number of roles that AI avatars play on various platforms – and how we, human users, can benefit from it. Some of them are digital humans in the full sense of the word, meaning that they have an AI ‘mind’ of their own (like the avatars in the world of Sensorium Galaxy and SENSO), while others have a carefully designed 3D body but no neural network to power it. Both will play a part in the metaverse and are worth learning about.

AI as a creator: SENSO and Sensorium Galaxy
AI-powered avatars can create music, art, fashion items, and even poetry. For instance, Sensorium Galaxy has already announced several AI artists who will play sets in the PRISM world. One of them is Nimeli – a DJ, dancer, and Instagram influencer originally from Namibia. She incorporates elements of African music and ritual into her house beats and dances. 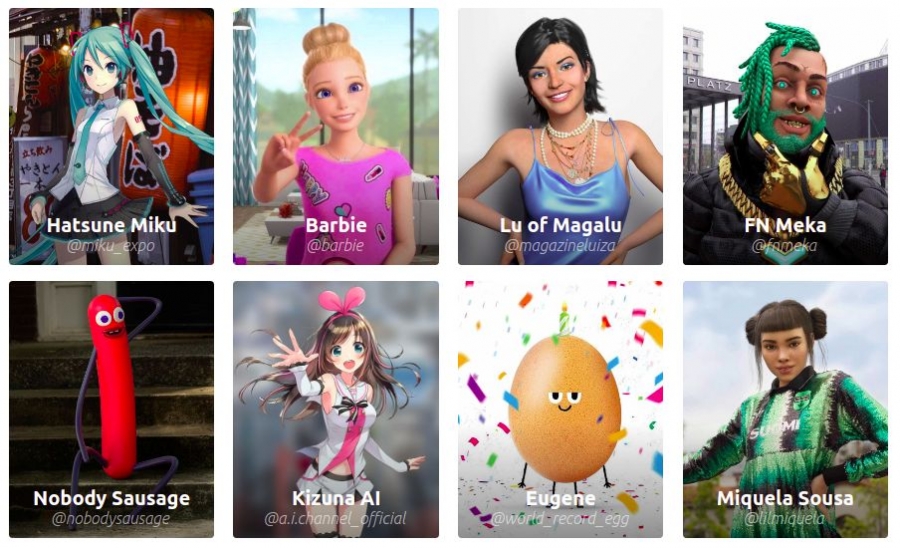 Sensorium Galaxy differs from many other projects featuring virtual humans in that it’s a real digital metaverse with a burgeoning economy. Thanks to the internal blockchain-based currency, SENSO, many objects within the digital metaverse will be up for sale – including the avatars themselves and some user-generated content.

A particularly interesting idea would be to allow the AI avatars to monetize their creations: for instance, a virtual DJ could sell their songs for SENSO, and an influencer could make autographed collectibles. Blockchain provides an easy way to do this with NFT tokens, unique assets that point to certain digital objects.

Sensorium Galaxy has already announced that NFTs would play a role in the digital metaverse, and a SENSO-powered store already operates, offering 20+ avatars. SENSO itself is available on several leading crypto exchanges, including KuCoin and Poloniex.

AI as an influencer: Virtual Humans

You might have heard about Lil Miquela, perhaps the best-known virtual influencer with millions of followers on Instagram. However, Miquela is just one of many dozens of AI influencers. Just like human opinion leaders, they have their areas of expertise: fashion, music, food, gaming, and so on.
The most complete list of virtual influencers can be found on the website Virtual Humans. We have selected a few of the most interesting ones:
Nobody Sausage: this TikTokker with over 5 million followers proves that you don’t have to look human to be an influencer. Nobody Sausage happily gives interviews and constantly comes up with new dances, some of which – like this one to Cardi B’s WAP – are a delight to watch.

Shudu: after Lil Miquela, Shudu is probably the best-known virtual influencer; she’s also considered to be the first digital supermodel – she’s even been featured in Vogue.

Liam Nikuro: Liam is a Japanese-American music producer living in Tokyo. Thanks to his wide connections in the music world, he often appears together with famous artists, such as The Weeknd and Bruno Mars.

AI as an educator: Talespin’s Barry

Many skills are best learned through role-play: for instance, public speaking, sales, dealing with difficult customers, communicating in a foreign language, and so on. However, role-playing sessions can be expensive to arrange and time-consuming, especially if there are many trainees. Besides, some scenarios can be hard to simulate – an angry client, for example.

AI educators are a perfect solution: all the trainees can practice at the same time using VR headsets, going through scenarios at their own pace and repeating it as needed. Virtual tutors can monitor a student’s progress, provide feedback, and adapt the learning program.

A recent study has shown that role play involving AI avatars is just as efficient for developing social skills as practicing with human counterparts. Could this indicate a future path towards a more personalized, cheaper, and A very interesting take on AI-assisted soft skills training is provided by the VR and AI startup Talespin and its virtual human called Barry. Barry is a really nice guy who unfortunately has to be fired. The VR experience allows HR managers to practice telling employees that they are about to be terminated – a conversation that many find difficult.

AI as a companion and friend: Mitsuku

Millions of people out there feel lonely and isolated, or are too shy to make friends. One of the ways to tackle the problem of loneliness is through intelligent chatbots like Mitsuku, or Kuki. She is intelligent, friendly, never judges, and even has a sort of an emotional intelligence, being able to detect how a user feels based on what they write. Mitsuku doesn’t just respond to messages: she initiates conversations, just like a real friend would.

Many people consider Mitsuku a real friend, and some have even fallen in love with her. As for Kuki’s own romantic life, she once went on a date (broadcast in 3D) with another conversational AI, Blenderbot. It resulted in some rather weird exchanges:
AI avatars will soon be everywhere: in advertising, movies, music, social media and, of course, in the metaverse.  Projects like Sensorium Galaxy and SENSO demonstrate what this technology is capable of, and who knows – perhaps one day your favorite designer, DJ, or even best friend will be a virtual human.